from the ¨winding down¨ dept.

I´m just a few days from the three day journey back to Belize. And then the flight back to the frostiness of Vancouver via Seattle. I´ll be back ¨home¨ on Dec 6.

It´s going to be hard to leave San Pedro... it´s such a great place to be. And so affordable. It makes me wonder why I would ever want to live in Vancouver again.

Unfortunately the media business has gone for a major shit, much like the rest of the economy... which means I won´t be staying too long in Canada´s most overpriced city.

I´m not quite sure what I will do next, but it will likely mean going somewhere.

Where that somewhere is is uncertain. Although I hope it´s warm.

And with that, time to enjoy my last Friday in paradise.

Cheers!
Scrawled by Doug around Friday, November 28, 2008 No comments:

from the "on the road" dept.

Greetings from Antigua Guatemala, the former capital of Guatemala.

I'm here to record interviews for a series of magazine articles on the Garifuna and Belizean music scene.

I attended an amazing concert last night featuring a number of Garifuna musicians. It was stunning.

I return to San Pedro Monday Nov 24 and then start making my way back to Belize Dec 1. Seattle follows Dec 5 and Vancouver Dec 6

Hard to believe it's winter.

My laptop remains broken in Belize - and repairing it is the only reason I'm returning to Canada.

In the meantime I'm making do with my iPod touch -- although tapping out long emails and blog posts sucks.

Until I tap again,

Cheers!
Scrawled by Doug around Sunday, November 23, 2008 No comments:

from the ¨yo no trabajo¨ dept.

So week one of Spanish class is over. Holy verb hell.

But, I know more than I did, which, I reckon, is the point.

The cast of characters that rotate through the Hotel Peneleu (my temporary home) are fodder for a book. From CrossBow to TrainWreck... I´ve met some every interesting folks. Stories to come.

Elsewhere... the weekend looms. I´ve signed up for a second week of Spanish... but it doens´t begin until Monday. Despite my desire to scale it back, I decided to go for another 20 hours of 0ne-on-one instruction. That should be fun and/or funny.

This weekend I´ll try to practise all those verbs between litres of Victoria.

More in a couple of days.

Cheers!
Scrawled by Doug around Friday, November 14, 2008 No comments:

from the ¨it´s no fun being a legal alien¨ dept.

[San Pedro la Laguna, Guatemala]
After much delay I have finally started my Spanish classes at the Cooperativa Spanish School here in San Pedro. It´s four hours a day of one-on-one instruction with a local teacher. My instructor is Marlon, a Maya who thankfully speaks English as well as the local language and Spanish.

I started on Thursday and have now had eight hours of instruction, not to mention homework. And boy, is it hard.

I find that at this initial stage I am overwhelmed with verbs and rules and accents that go here and there. Let´s not even discuss the rolling of my R´s.

At this point I am more confused that bilingual. But Marlon is patient and encourages me at every stumble.

I´m far from putting a sentence together, but I do know more words. And I can count to 100. Woo hoo!

Elsewhere: the odd dynamics continue at the Hotel Peneleu. It is truly a collection of some of the oddest people imaginable. There are characters for a book here, the only question is what setting to put them in. Maybe they just remain at a Guatemalan hotel.

The dynamic is about to change soon however. The sketchy former Guatemalan soldier is moving out, as is the messed up 28-year-old Canadian tattoo artist. In their place: Christian missionaries. Oh boy!

If I hear any prayer circles, I´m going to start singing Motorhead tunes from my window.

And finally, in the weather:

Cool and clear at night. Hot and sunny (but not humid) during the day. And no rain. There hasn´t been any for 10 days or so.

And that´s it. Time for some lunch...

Cheers!
Scrawled by Doug around Saturday, November 08, 2008 No comments:

Where were you when the earth moved?

Me, I was in San Pedro la Laguna, Guatemala watching US election coverage in the Alegre bar. Surrounded by Americans, we watched history unfold together. As Obama took state after state, we cheered, hugged and slammed down litres of Mexican beer and Cuba Libres to celebrate.

After eight years of the worst President and policies imaginable, hope has finally returned to America. And I was lucky to share it with my American friends. I don´t think there was a dry eye in the bar after Obama´s acceptance speech.

And now the party´s over (and I´m so tired)... and massive challenges lie ahead. But one thing is undeniable: America has turned a corner. And we are all better for it. 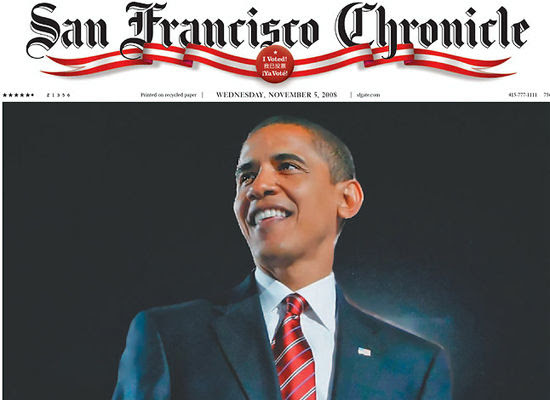 from the ¨eight years of pain comes to an end dept. (hopefully)¨ dept.

The following from my pal REW via his American pals in California.

An open letter to the 'Red States' of America:

If you manage to steal this election, too, we've decided we're leaving. We intend to form our own country, and we're taking the other Blue States with us. In case you aren't aware, that includes California, Hawaii, Oregon, Washington, Minnesota, Wisconsin, Michigan, Illinois and all the Northeast. We believe this split will be beneficial to the nation, and especially to the people of the new country of New California.

To sum up briefly: You get Texas, Oklahoma and all the slave states. We get stem cell research and the best beaches. We get the Statue of Liberty. You get Dollywood.

We get Intel and Microsoft. You get WorldCom.

We get Harvard. You get Ole' Miss.

We get 85% of America's venture capital and entrepreneurs. You get Alabama.

We get two-thirds of the tax revenue, you get to make the red states pay their fair share.

Please be aware that Nuevo California will be pro-choice and anti-war, and we're going to want all our citizens back from Iraq at once. If you need people to fight, ask your evangelicals. They have kids they're apparently willing to send to their deaths for no purpose, and they don't care if you don't show pictures of their children's caskets coming home. We do wish you success in Iraq, and hope that the WMDs turn up, but we're not willing to spend our resources in Bush's Quagmire.

With the Blue States in hand, we will have firm control of 80% of the country's fresh water, more than 90% of the pineapple and lettuce, 92% of the nation's fresh fruit, 95% of America's quality wines, 90% of all cheese, 90% of the high tech industry, 95% of the corn and soybeans (thanks Iowa!), most of the U.S. low-sulfur coal, all living redwoods, sequoias and condors, all the Ivy and Seven Sister schools plus Stanford, Cal Tech, UCLA, Berkeley and MIT.

With the Red States, on the other hand, you will have to cope with 88% of all obese Americans (and their projected health care costs), 92% of all U.S. mosquitoes, nearly 100% of the tornadoes, 90% of the hurricanes, 99% of all Southern Baptists, virtually 100% of all televangelists, Rush Limbaugh, Bob Jones University, Clemson and the University of Georgia.

We get Hollywood and Yosemite, thank you.

Additionally, 38% of those in the Red States believe Jonah was actually swallowed by a whale, 62% believe life is sacred unless we're discussing the war, the death penalty or gun laws, 44% say that evolution is only a theory, 53% that Saddam was involved in 9/11 and 61% of you crazy bastards believe you are people with higher morals then we lefties.

Finally, we're taking the good pot, too. You can have that dirt weed they grow in Mexico.

from the ´´living at a discount´´ dept.

I am here to work on a magazine project and to save some cash by living in the more affordable developing world.

How affordable is it? My hotel is about $5 a night. And I´m spending no more than about $10 a day.

I´ll have updates in the coming days. Photos too!

Cheers!
Scrawled by Doug around Saturday, November 01, 2008 No comments: