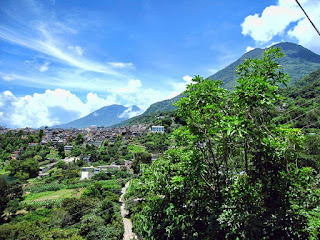 San Pedro Redux
I've been in San Cristobal for just over two months -- and it's been (and is) great.  But after a long, tough week, I've decided that I need a break.

Early Sunday morning I'll board a shuttle.  Eight hours later I should arrive in San Pedro la Laguna, Guatemala.  The plan is to recharge my batteries, swim and relax.  I'll head back to San Cristobal in about a week.

It'll be fun going back to San Pedro after a year away...  I can't wait!

Cheers!
Scrawled by Doug around Friday, November 26, 2010 No comments: 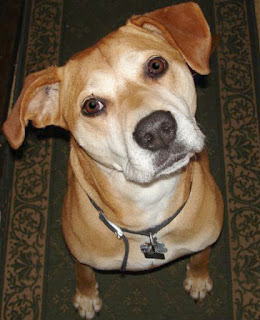 Moo: Good Dog
One of my former housemates from Vancouver has passed.  She took care of the burglars and the big mean kitties -- all in exchange for walkies, crunchies and love.

.
Scrawled by Doug around Wednesday, November 24, 2010 No comments: 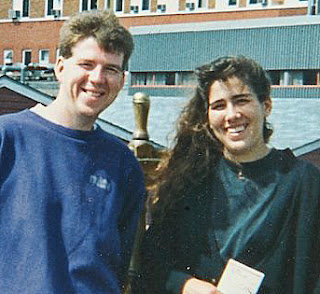 Susan and me in Nova Scotia
Looking back over the past few decades, there are some things that have remained constant.

I've been lucky.  I've had a number of close friends, scattered across the country and around the planet. They are the kinds of people with whom you simply pick things up from where you left off.  The years may pass, yet they instantly melt away on those rare occasions that we get together.  In Vancouver.  In Winnipeg.  In Halifax.  You know who you are.

This week my circle of friends got smaller.

I've known Susan Nisbet since 1987.  We met in Portage la Prairie, Manitoba when she was still in high school and I was 23 years younger than I am today.  Over the years we became good friends, laughing at this, complaining about that.

She came to visit me after I'd moved to Halifax, Nova Scotia.  How we kept in touch in the days before email is beyond me -- but surely that is proof of the friendship we had.

During her visit, we travelled to Cape Breton Island where, on a whim, she jumped into the St. Peter's ship canal.  Why did she do this?  Why not.

We continued around the Cabot Trail in my rickety Honda Civic.  The brakes got so hot, I remember stopping to fetch water to splash on them.  We laughed at the steam and continued on to the Gaelic College in St. Ann's.

Back in Halifax, we visited the touristy sites and the bars.  At one point we got separated.  Someone had had a lot to drink and left the other behind.  I've always felt like a bastard for that -- something which Susan never let me forget.

A few years later -- shock of shocks -- I moved back to Manitoba.  Our friendship picked up again. We spent lots of time hanging out and having a great time.  It was around the time I was introduced to pants.  Ah, pants.

Pants was the term of endearment (disdain?) Susan had for my girlfriends.  There were a number of different pants, but the one I remember the best was Clowny Pants.  Yes, I dated a clown.  I can still hear Susan's guffaw over that one.  Another thing she never let me forget.

We used to go to great pubs like The Toad in the Hole in Winnipeg's Osborne Village.  We'd throw back pints of Guinness and sing along to Celtic bands like The Dust Rhinos.  Songs like Knockback in Halifax (link takes you to a video by the original artists - Weddings, Parties, Anything) and Barrett's Privateers -- which, for me, provided a reminder of the Halifax experience.

She'd kid me about marrying her younger sister -- so that I'd become part of the family.  And speaking of Sandi -- there was that time when the three of us, plus a guy Sandi was dating -- were driving in the Manitoba countryside.  Three of us were laughing our heads off while creating the Legend of Grey Gum -- a superhero (I think?) made of used gum.  We thought it was the funniest thing ever.  The Irish (?) dude thought we were off our rockers.

As recently as a few weeks ago Susan said we should write the story of Grey Gum.  We never did.  It would have been hilarious.  If only for a very small audience.

In late 2007, Susan was diagnosed with a degenerative neuro-muscular disorder.  I was shocked at how fast it ravaged her.  But at the same time, it made her gutsier.  What did she do?  The opposite of what most of us would do:  She went back to university and graduated.  Even more impressive: She got on stage and did stand-up (although she called it sit-down) comedy.

Susan turned 40 October 3.  She welcomed Sandi's baby girl on November 15.  And she passed away on Wednesday, November 17th.  She is survived by daughter Tia, son Riley, husband Kent, sister Sandi, plus family and countless friends.

And finally, a song. Think of it as a letter:

Goodbye, my friend. And thank you.

You're probably wondering why I haven't written much lately.  Simple:  I've been writing.

November is National Novel Writing Month, and I've decided to take up the challenge:  Write a 50,000 word first draft -- in 30 days.  I did it last year and, despite having just moved to Edmonton, I managed to complete the task.  And I was left with something that might become something decent, if I edit it.

This time around, it's much more difficult -- for a lot of reasons.  Mostly, I'm creating everything from scratch -- characters, location, plot, dialogue.  Last year, I based my story and characters on the year I spent in Guatemala.  This time, I'm not so lucky.

At the same time, I've been working on building websites and working as a freelance SEO guru -- all while adjusting to this new life in Southern Mexico.

All-in-all, the first six weeks have been good, but I find it a bit of a quiet life.  There isn't a big ex-pat community here and not speaking much Spanish doesn't help.  So I spend most days hunched over my laptop, save the hour or so a day I go walking.

I used to wonder what could possibly be wrong with living in San Cristobal.  Now I know the answer:  It's lonely.

However, Guatemala is less than a day down the road. I think I'll try and catch a ride back to Lake Atitlan before the end of the month.  Belize is also close by, but requires some long bus rides to get there.  Lots of time for that.

And then there's Canada.  My quest for a reasonably priced ticket to the land of snow for Christmas is not going very well.  The hunt continues. 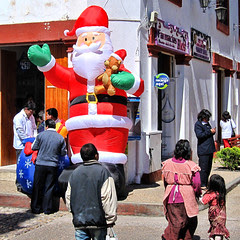 Scrawled by Doug around Tuesday, November 09, 2010 No comments: