from the "advertising that makes you go ewww!" dept.

What do murder, pedophilia, suicide and a baby tiger have in common? They have all been used to sell stuff in these amazingly disturbing vintage ads!

These are real, untouched advertisements from the good old days. It doesn't matter if it's lovely ladies or adorable clowns, somehow these old-time ad wizards found ways to traumatize us while peddling everyday products.

15. White Bread Demon
"Bread is swell, but what I'm really excited about is eating jelly made from the blood of the innocent!"

14. French Suicide Sausage
It's enough to make you want to eat Kosher forever.

13. A Girl Around The House
It's nice to have a girl around the house... especially if you are a psychopath serial killer who makes women into rugs!

12. Chubby
Who needs self-esteem when you can have a free fashion book for chubbies? Also, proving that advertising weight representation has always been screwed up, the girl pictured is totally not chubby.

11. Christmas Weapons
The family that guns together, has funs together.

7. Root Beer Baby!
Mama, please DO NOT give your baby another glass of Root Beer. It is clearly doing something horrible to him. He is terrifying.

6. Locked Out
You better wash out your privates with Lysol, or your husband will install cartoon locks on the door.

5. Pears Soap Disaster
"Pears Soap- now with such a soothing lather, you won't notice that your baby has gotten into a horrible accident!"

4. Postage Meter Murder
"Is it always illegal to kill a woman?" This is a truly important question and makes us want to buy a new postage meter.

3. Shave Yourself
The old man baby's gonna sing karaoke into a razor! Hooray!

2. Baby Soft
JonBenét Ramsey, eat your heart out. (Too soon?) This ad makes us want to scream, gouge out our eyes and then barf.

1. Chocolate Poulain
Drink that cocoa, or this clown will murder you in your sleep.

Originally posted on Retrocomedy.com, Weirdomatic, Livejournal & the fabulous Plan 59!
http://www.plan59.com/main.htm
And a tip of the hat to: Jason Hendeles
Scrawled by Doug around Friday, July 31, 2009 No comments:

from the "Jeremy Clarkson's got beat" dept.

BBC's automotive programme Top Gear is, without a doubt, my favourite show. It features amazing cars and some of the funniest stunts imaginable -- like their epic specials that take the viewer to places like Viet Nam (by scooter) and the North Pole (by truck).

from the "Shatner does Palin" dept.

Sarah Palin quit. Her goodbye speech made no sense -- until William Shatner got a hold of it. He realized what we missed: It was poetry.

Cheers!
Scrawled by Doug around Tuesday, July 28, 2009 No comments:

from the "milestone" dept.

Another milestone for Roadspill today -- this is the 2000th post. That's a lot of blather and ego-centrism over the past six years. Thanks for reading!

Meantime, here's a nice timelapse of "A Day in Vancouver." It was created using still images from the amazing katkam.ca webcam. The day in question was July 25, 2009 and ended with an amazing sunset, huge thunderstorm and the Celebration of Light fireworks competition.

Way to make me miss home.

from the "video on demand" dept.

A tip of the hat to MN for the following two amazing videos.

The first from what must have been the most fun wedding ever:

from the "linkfest" dept.

Some interesting stuff from the world of the internets for July 24:

The crisis in Honduras continues: The de-facto government has imposed a curfew along its border with Nicaragua in response to threats from deposed President Manuel Zelaya to return to Honduras via a land crossing.

Swine flu is getting scary again.

Business interests in Russia want the government to clamp down on Skype.

And finally, do-gooders deny a five-legged dog a career in entertainment. Bastards!

Email ThisBlogThis!Share to TwitterShare to FacebookShare to Pinterest
Labels: linkfest

from the "leaving the scene" dept. 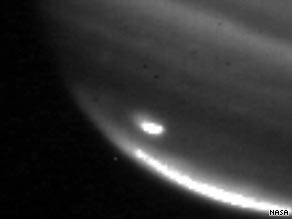 CNN is reporting (July 21/09) that a mysterious impact has left an Earth-sized mark on Jupiter.

"Jupiter is sporting a new scar after an unseen object hit the gaseous planet this week, NASA scientists say.

An amateur astronomer in Australia noticed the new mark -- seen through telescopes as a dark spot -- on the planet early Monday and tipped off scientists at NASA's Jet Propulsion Laboratory (JPL) in Pasadena, California, who then confirmed it was the result of a new impact, NASA said."

The rest of the story is here. 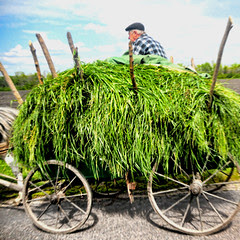 Scrawled by Doug around Thursday, July 16, 2009 No comments:

from the "earache my eye" dept.

The little bastards!
Sometimes, when the extraneous noise is loud enough, I use a pair of in-the-ear headphones with my radio, computer and/or television. They're comfortable and really isolate the outside world.

The other night I was isolating myself from the outside world and didn't realize that when I pulled the headphones out, one of the rubber ends remained in my ear. I didn't feel anything in there until I went to bed. I usually wear earplugs at night and when I jammed in the right one, I noticed that it a) didn't go in as far as the left and b) hurt like bleedin' hell.

I went to sleep.

The next morning I noticed that my ear still hurt and that one of the tips was missing from the headphones. Oh oh.

Maybe the tip fell to the floor?

Later that day I was at the pool and had someone, armed with a flashlight, look in my ear canal. They couldn't find anything -- not even my brain.

About a week later the ear felt weird. When I swam, the water would take longer to drain. And there was still occasional pain.

This morning I went to the local clinic and had a Spanish speaking doctor have a look. This wasn't as easy as it sounds.

DR.: (Something in Spanish)

I then pulled out my headphones and did a pantomime to try and explain my predicament. Being an educated man, the doctor soon realized what I was going on about. He took his little ear flashlight thingie and peered deep into my head.

Now, I may not understand much Spanish, but I certainly could translate what he was saying: "What in the hell does this idiot have jammed in his ear? What is he? Four?"

At least it wasn't a gerbil.

Then he had me lie down and roll over. I waited for the snap of a rubber glove. And with little warning he inserted some sort of spreading device into my head, followed by a disconcertingly large pair of tweezery things.

He dug around for a while and I pretended it didn't hurt -- which was easy, because it didn't

After a few minutes of poking around and tsk-tsk-tsking, he pulled a small circle of rubber out. So it WAS in there.

I shrugged and thanked the good doctor. He charged me 150 Guatemalan Quetzals ($21) and sent me on my way with a prescription for ear drops -- to ward off any infection.

And I learned a lesson: Ear canal headphones suck and any removable tips should be Superglued in place. I also learned that San Pedro has a great clinic.

Just another day in paradise... 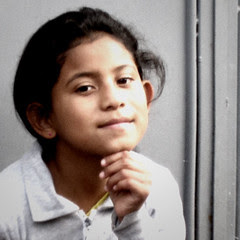 I've posted some new photos of Guatemala over on flickr. Click the link to the right. Or the image.

Scrawled by Doug around Saturday, July 04, 2009 No comments: